Investment of time and R&D resources by consultants and manufacturers is revolutionising the use of surveillance and access control at prisons, remand centres, youth detention facilities and custody suites.

Martin Grigg and Kevin Brownell are principal consultants at PTS Consulting Group whose physical security division offers threat & vulnerability assessments, security master planning and consulting throughout CNI with a particular strength in the custodial marketplace. They consider the challenges facing stakeholders in this sector and the solutions available to them. 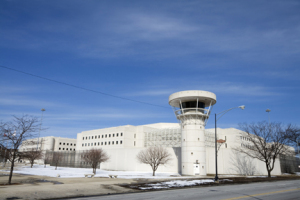 However it is expressed — and prison authorities will use a different vocabulary from that of security manufacturers — the aim of everybody in the custodial field must be to be innovative while also minimising risk. In such a demanding environment as the custodial market, true innovation through a so-called ‘best of breed’ approach is unlikely to come in the form of an integrated set of products from a single manufacturer. It is up to the consultant to combine individual offerings and even a moment’s thought will reveal how wide that product range might be.

Perimeter intrusion, access control, CCTV, video analytics, thermal imaging, biometrics, video conferencing, asset tagging and x-ray are just a few of the areas that a consultant in the prison sector must cover. As we walked the floors of a trade show recently, pondering a future prison installation, eager sales people assured us that their ONVIF or PSIA compliance guaranteed compatibility with any other security discipline we might have in mind. If we had so much as hinted at the complexity of the project we were dealing with they would have run a mile.

One of the biggest challenges in custodial environments is the speed with which incidents can develop. A prison officer who has been alerted to an affray needs to make a series of decisions based on accurate information. “What is the nature of the alarm or problem? Who is involved? What kind of resources do I allocate? Do I need external support? Is this situation likely to escalate?” Frequently, if an incident is to be resolved successfully with the help of security technology, warders will rely not so much on the functionality of individual products but on forethought from a consultant and the whole methodology put in place by the integrator when combining those products.

But certain developments have been crucial, and video analytics is a key area for any consultant who is serious about ensuring that prisons benefit from CCTV. In our own custodial work for PTS Consulting Group, increasingly sophisticated scene analysis algorithms and alarm optimisation are proving vital, not only in preventing escape but reducing attempts at self-harm and smuggling of contraband.

Research conducted by criminologists at the University of Queensland and published in The Prison Journal for June 2008 remains valid; the conclusion being that CCTV has a greater impact on non-violent, planned misconduct than on spontaneous violence. This is particularly relevant to self-harm where video analytics can alarm on movement in a cell above a certain height in the event that an inmate is looking for a ligature point. In May 2011, two deaths occurred on the same day at a young offenders centre in Belfast, with the Northern Ireland Prison Service reporting that a ligature had been discovered in both cases. The fact that the prisoners did not appear to know each other and the deaths have not been linked underlines the scale of the problem. It is a primary duty of any security consultant in the custodial sector to envisage how a determined, knowledgeable inmate may contrive to self-harm and then to work with prison authorities in ensuring that cell design minimises this risk.

Not a one-way street

Video analytics has come of age in recent years in terms of the precision with which the software can be ‘taught’ to recognise and discount ambient or acceptable movement and so minmise nuisance alarms. Analytics can now alert warders or custody desk staff to behaviour that is consistent with a prisoner being in distress, such as a adopting a prone position in an inappropriate part of the cell. 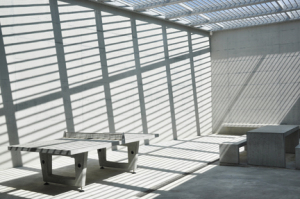 A common misconception is that prisons and correctional centres are an anomaly within the security sector in that the sole remit of authorities is to ensure inmates remain within an enclosed site. However, diligent consultants and innovative manufacturers have been quick to realise that keeping would-be escape assisters out of a designated sterile zone is also an important task for prison authorities. Perimeter protection technology can be combined effectively with video analytics to address this.

Jailbirds with a difference

The subtlety of activity by collaborators on the outside is a consistent wonder to us. This was reinforced recently when c-hq spoke to developers at a VMS manufacturer who told us that the standard behaviour of throwing a tennis ball full of heroin or cocaine over a perimeter fence has been replaced by the more subtle tactic of stuffing a bird carcass with drugs. Our associate is now considering how to create an algorithm variant that will create an alert on such a scenario! If you doubt any of this, a simple Google search on the topic will give you a documented case at Mount Eden Jail in New Zealand.

Video conferencing technology has been with us since the 1980s but — possibly as a result of ingrained working practices — the custodial sector has been slow to adopt it. A lead was taken in Canada where vast distances between inmates and relatives prompted use of video links to replicate visits. This development has been followed by the Corrections Corporation of America where prisons are using the technology for pre-trial court appearances, arraignments, parole hearings and sentencing in cases where compelling geographical and logistical conditions exist.

For many, even in the UK where distances are less of a problem, the need for a prison van and the attendance of three guards even at a simple remand hearing is a compelling argument for use of video. In England and Wales there are currently 58 prisons with video links to crown and magistrates courts. Benefits include protection of vulnerable witnesses, victims and inmates, reduced disruption to prison regime and fewer opportunities for escape in transit. Video links can even be used to present legal papers and physical evidence electronically. The financial savings need hardly be stressed and the funds released can be directed towards prisoner welfare. With prison boards complaining that they do not have enough officers to search visitors for drugs or weapons and supervise visiting time, the current push for ‘Skype virtual visitation’ is set to continue and is being used by the Pennsylvania Department of Corrections at eight prisons. 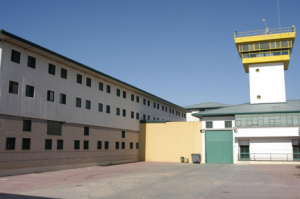 Developments in virtual visitation should be distinguished from cell call systems involving the bi-directional relay of video, graphical and audio data between a cell and a control room or charge desk. Here, prison authorities can impart information such as details of a scheduled fire alarm, cell inspection, work routines and visits by health workers. Prisoners can contact their legal representatives or professionals who are helping them with counseling and drug detoxification.

Recent advances in custodial control room management software mean that at tender stage, prison authorities should now be specifying systems that support cell call, intercoms, panic alarms, lone worker protection, alarm management functionality and vital signs monitoring, the latter being crucial in the care of prisoners suffering from breathing disorders such as sleep apnea. Observing — as we have done — a duty officer checking the life signs of an inmate from a colour-coded schematic superimposed onto a computer screen would have been the stuff of science fiction only a few years ago. But it is now widespread practice and has been the subject of reports by forensic medical examiners working for the Home Office Scientific Development Branch.

Successful implementation of surveillance technology at custody suites relies on rigorous end-to-end audit ing from initial reception to booking-in and detention. The demands made on such systems by ACPO guidance documents and the Investigatory Powers Act 2000 are some of the most stringent within the security industry. Technology should be demonstrably easy to use with footage being available 24/7 to authorised personnel . Similarly, time stamping and clock synchronisation throughout a facility must be scrupulous.

A principal reason for these demands is of course to ensure that detainees are cared for appropriately and there is transparency at all times. But the measures and legislation are also designed to prevent spurious complaints and allegations. Responsible, informed security consultants working in the custodial sector will strive for an integrated environment in which video, audio and access control function together in a single solution but without losing sight of the fact that the role of electronic surveillance is to support manned guarding and not replace it.

Even though they are technicians by profession, it is crucial for consultants and installers to think outside their engineering remit. Research coming out of the Jill Dando Institute of Crime Science at London University is stressing how technical innovation should be combined with good staff relations, the listeners’ scheme and an environment that is normalised wherever possible. Judicious application of surveillance products by a responsible installer working with the right consultant can achieve a balance between securing the facility, maximising staff safety and protecting prisoners’ rights. If this balance is struck, warders can spend less time as traditional gaolers and are freed up to maximise inmate welfare.

Martin Grigg and Kevin Brownell are principal consultants at PTS Consulting Group whose physical security division offers services including threat & vulnerability assessments, security master planning and physical security consulting. The division works with PSIM, CCTV, PIDS, intruder detection, access control and wide-area surveillance. The Group sees the convergence of physical and IT security as one of the most significant recent developments in workplace innovation.

PTS Consulting Group is an independent management and information technology company employing over 400 delivery specialists from 18 offices in ten countries. The Group has over 3,500 clients and has delivered 10,000 projects.